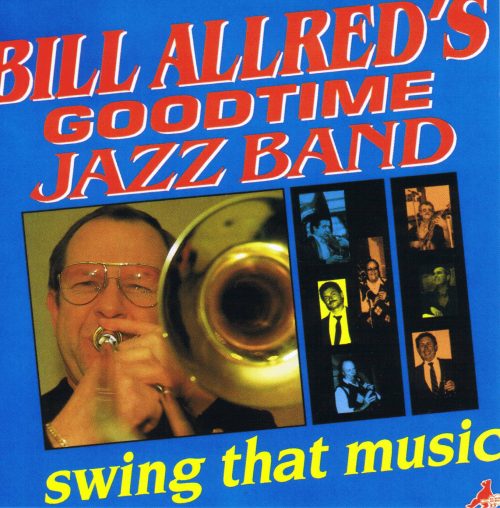 Lend an ear to Bill Allred’s Goodtime Jazz Band from Orlando, Florida. They might just be – as one recent review claimed – “the greatest Dixieland band in the world!” Try to isolate what makes Bill Allred’s Goodtime Jazz Band so – well – good, and I would come up with three key words: organisation, energy and adventure. Combining the first two is often difficult. Lesser bands who first lay out, then play within a cultivated Dixieland-scape often sound guarded or even hemmed in, as if anxious not to ruffle the grass. Not, of course, how Nick la Rocca, the first jazz punk, saw and heard the music in 1919 or how Eddie Condon did 20 years later.

Seventy years on, it takes musicians as gifted as Allred’s, first to create the written landscape with sensitivity and then play through it like American footballers thundering down the grid. For great examples of this listen to It Don’t Mean A Thing or Limehouse Blues right here. The third quality – adventure – finds its way, appropriately in triplicate, into Allred’s compliment of soloists, arrangements and repertoire. This last may include anything from King Oliver-style replays (via Lu Watters) to elegant Goodman-esque swing tributes and beyond. This repertoire wherever appropriate (and only then) is irresistibly decked out in arrangements offering a capella passages, key changes, dynamic ups and downs shifts in texture and style and fine touches that turn each selection into a kaleidoscope of jazz colourtones. And from this luxurious background Allred’s soloists regularly spring to devour solos as if, in Irving Townsend’s marvellous phrase, “they hadn’t had one in weeks!”

That’s Bill Allred’s Goodtime Band. Dixieland at its very best. As Bob Haggart himself might ask in smiling approval: “What is there not to like”?