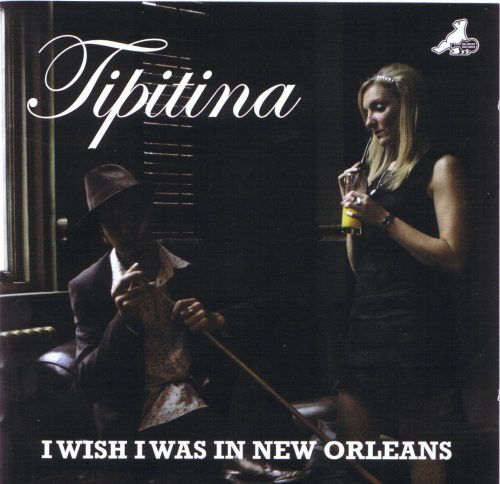 TIPITINA: I WISH I WAS IN NEW ORLEANS

The case against eclecticism and versatility is broadly speaking that if you get good at too many things you’ll fail in the creation of an individual voice, and so you’ll never establish a unique identity; in other words, you’ll be a jack-of-all-trades, master of none. After all, isn’t there good evidence throughout the world of entertainment – especially music? From Louis Armstrong to miles Davis, Charley Patton to Bob Dylan, T-Bone Walker to Jimi Hendrix, an instantly recognisable sound is the key to a successful career. If you wanna be big, everything must be subsumed by your own individuality; whatever you do, don’t go changing according to your context.

And yet, chameleons have a good life as well. And there’s definitely something of the chameleon about Tipitina. In fact, to go from Tom Waits to Nat King Cole to Chris Kenner to Doris Day/Mama Cass (oh, all right then, Louis Armstrong/Ella Fitzgerald) in the first four songs on an album is to take the listener on something of an aural roller-coaster. That’s one of the things I really enjoy about it.

Putting in the piano interludes is, I think, something of a masterstroke; partly because it softens the curves and swerves of the said rollercoaster, and partly because it creates a kind of frame for the sonic picture and thereby relates everything to everything else, unifying the disparate bits into a sort of suite.

I’ve had a really good time listening to this CD. From the homespun sophistication of the title-track all the way to Henry Glover’s great Breaking Up The House, Tipitina have convinced me that they’re definitely on to something. Don’t go changing, guys.