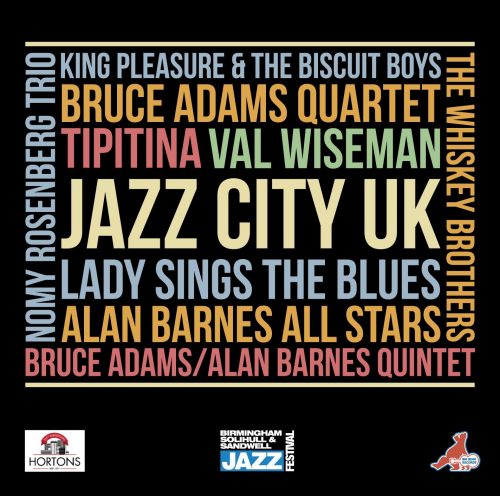 Having hosted a major international Jazz Festival for 33 years, and still continuing to do so, Birmingham does indeed have a rightful claim on the title of Jazz City UK. Ever since the much-missed Humphrey Lyttelton employed his not-inconsiderable persuasive talents, in conjunction with BBC broadcaster to convince me that a real jazz festival in Birmingham would be a good thing, the City has enjoyed many summers of mostly-free, world class jazz.

Never one to shirk responsibility, Humph cheerfully took on the role of Festival Patron from the beginning in 1985 until his untimely death in April 2008. He was inordinately proud of what he rightly regarded as his Festival; the enthusiasm he continually expressed on his weekly Radio 2 jazz programme was responsible for the initial national popularity of this event. That and appearances by the likes of B.B. King, Dizzy Gillespie, Art Blakey’s Jazz Messengers, Miles Davis, The Blues Brothers Band.

The Festival has matured into an event that still presents the finest jazz, often performed by supreme young bands from all over the world as well as from this region and the rest of the UK. The trumpet ace and bandleader Digby Fairweather now splendidly fills the role of Festival Patron and each year helps bring interesting and inspiring music to Birmingham.

This CD represents some of the bands who have always lived up to – and still live up to – the Festival’s credo, Real Music, Properly Played.

So, this one is for Humph

Many thanks to Hortons for their support in producing this album