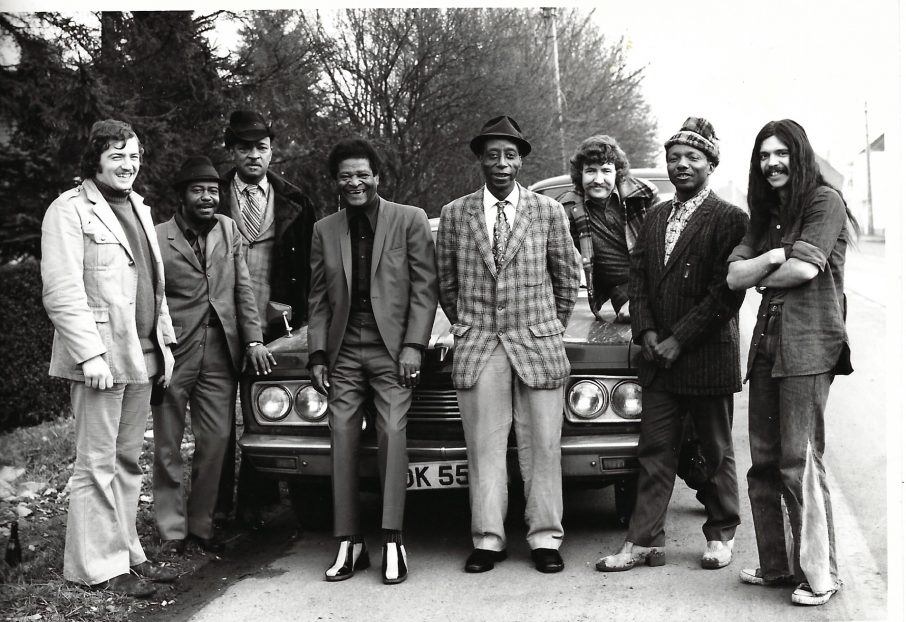 During the 1970s, Big Bear had the pleasure of working with a number of notable American bluesmen on the American Blues Legends tours. Traipsing around Europe in a splitter bus with the likes of Tommy Tucker, Willie Mabon, Homesick James, Eddie Guitar Burns, Eddie Playboy Taylor, Lightnin’ Slim and more, at the end of each tour the musicians would gather in the studio to lay down the material they’d spent the previous weeks performing on record.

The results were the American Blues Legends series of albums, released on Big Bear Records. We’ve always been rightly proud of them. But imagine our surprise when we found ourselves the subject of a two hour Blues Unlimited podcast, all the way from Tucson, Arizona.

You can listen to Sleepy Boy Hawkins’ deep dive on the American Blues Legends 73 and 74 albums here featuring knowledgeable introductions alongside some great music.

Unfortunately, the American Blues Legends albums aren’t currently available on CD. You can, however, listen to them on this handy Spotify playlist featuring all of Big Bear Record’s American blues records: