The nominations for the 31st edition of the British Jazz Awards have been announced. Now in their 31st year, the awards were set up to help the best musicians, bands and album releases get the recognition they deserve.

Our panel of 14 experts from the jazz community put their heads together to produce the following list of nominees:

Best Reissue CD: Acrobat Music for Helter Sketler by Joe Harriott; Harkit Records for Change of Setting by Tubby Hayes and Paul Gonsalves; Lake Records for Dusting Off The Archives by Humphrey Lyttelton; Rhythm and Blues Records for The Songbook by Harry South

You can vote online until 31st October at tiny.cc/britishjazzawards17/ – leave your email address, and you’ll be entered in to a prize draw for £100 worth of Big Bear CDs. Results will be announced here and on the British Jazz Awards Facebook page the following week.

And last of all, thanks to our nomination panel: 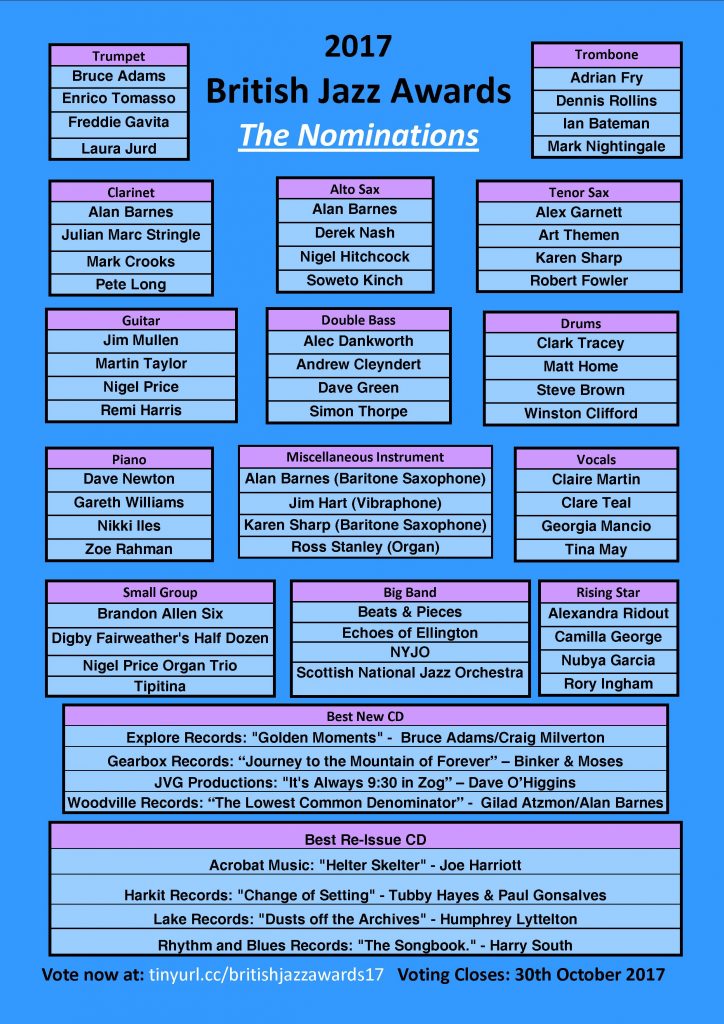