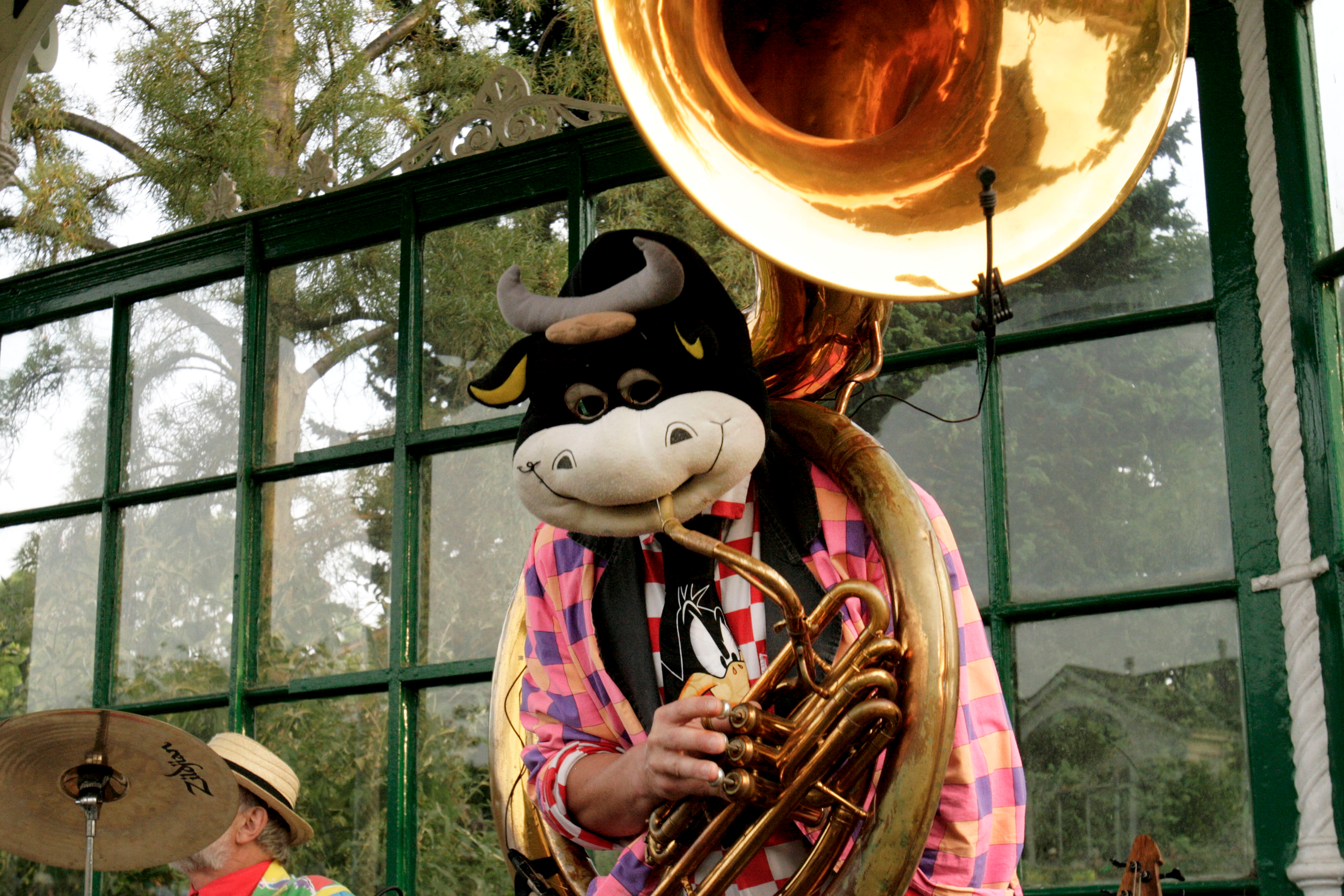 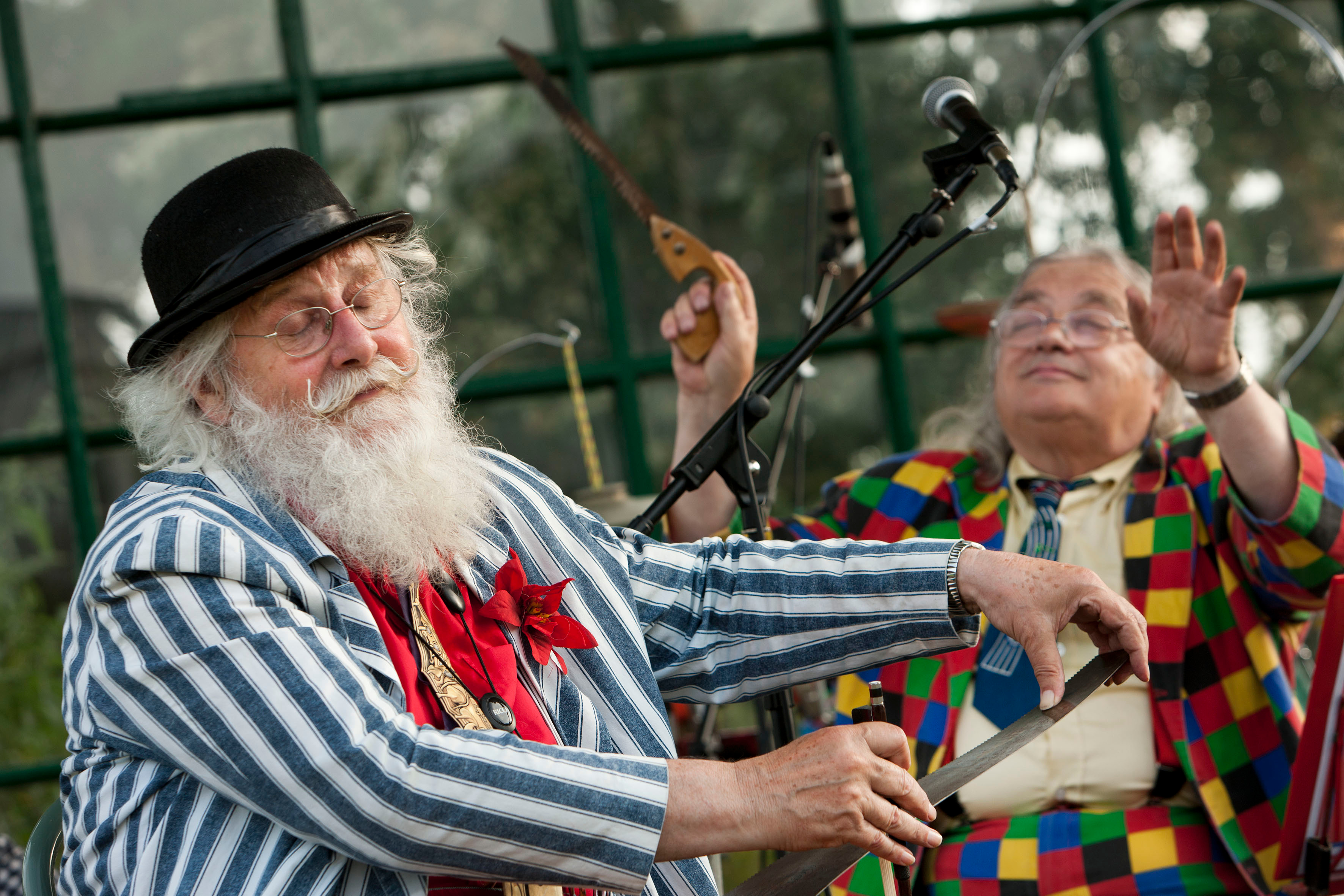 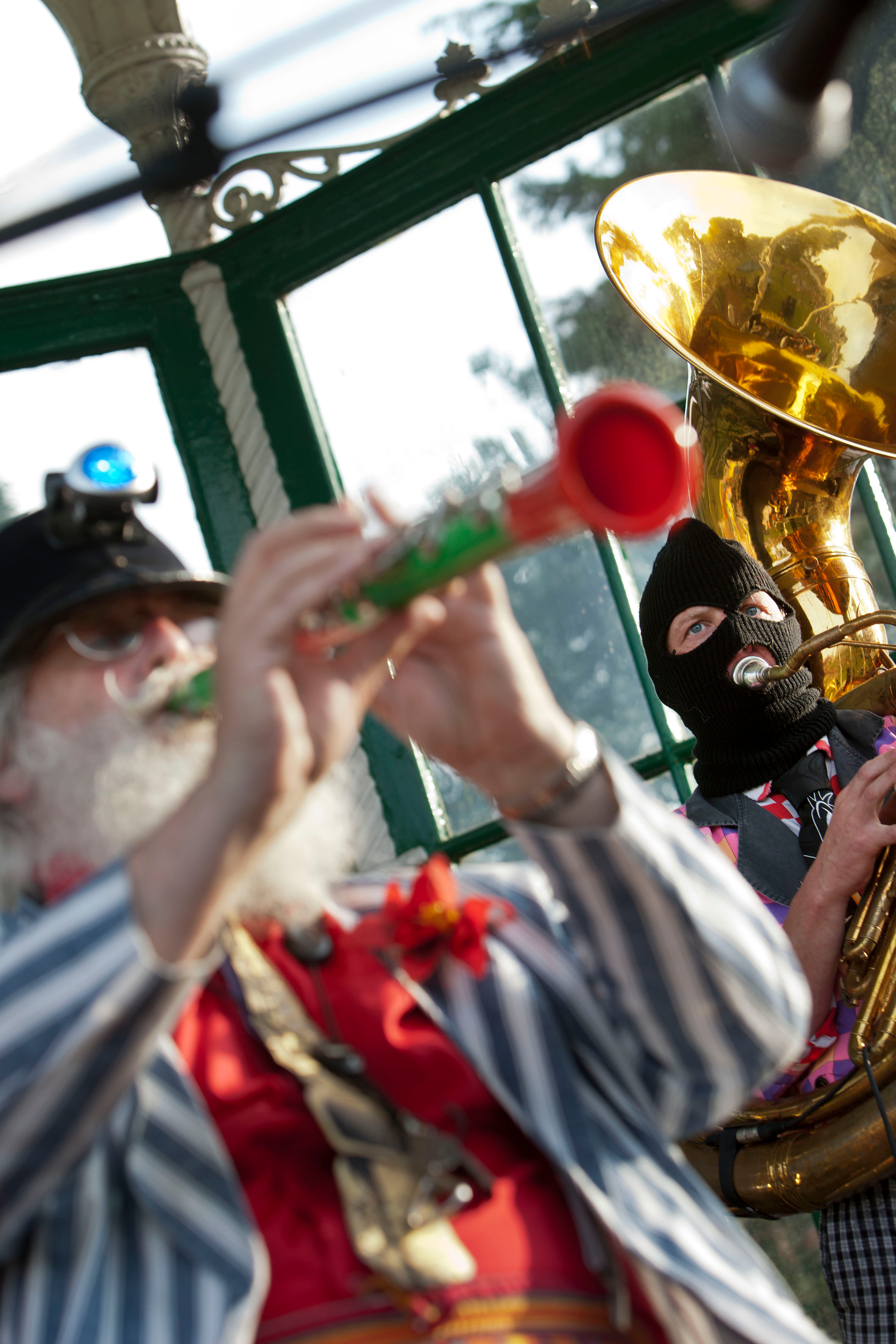 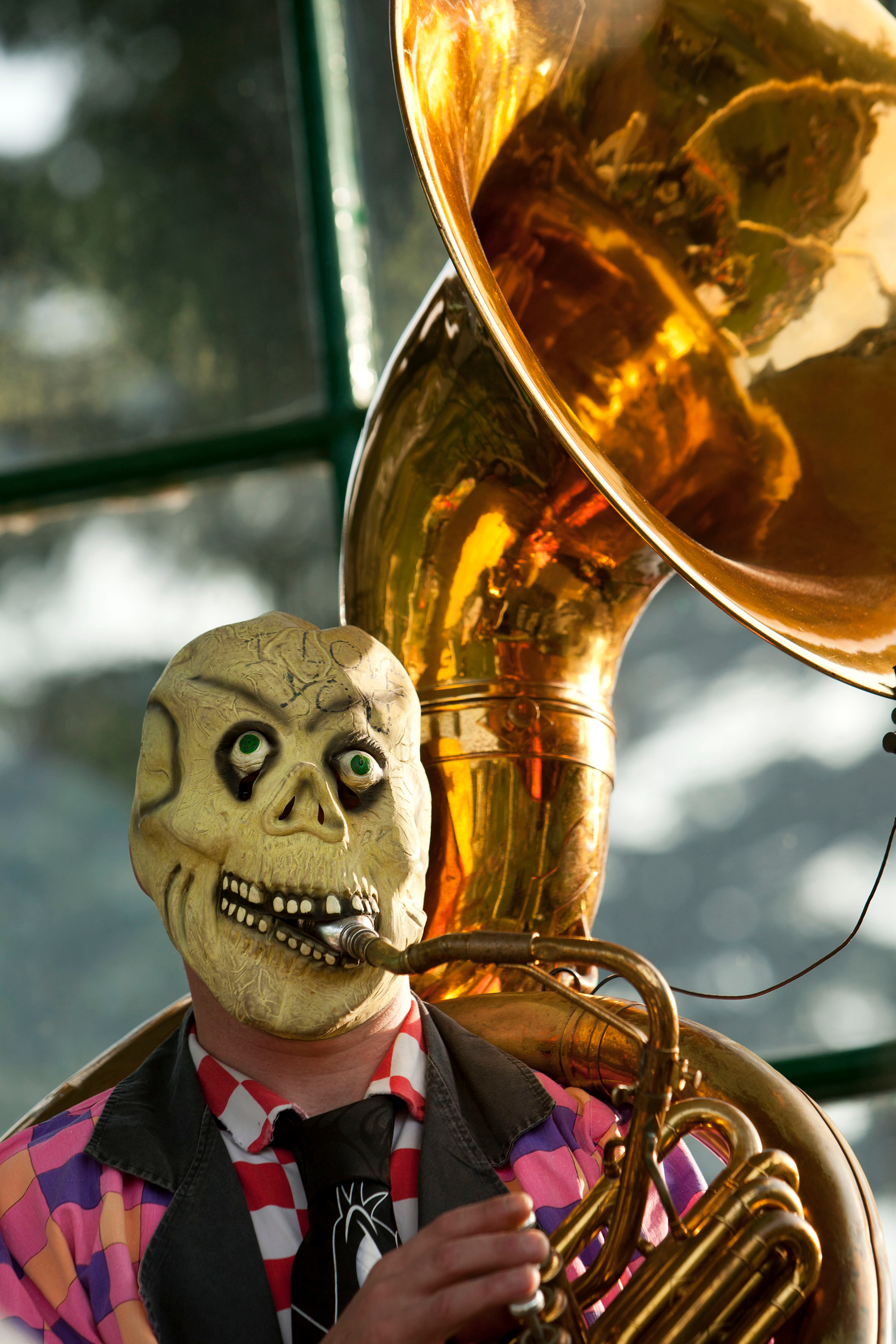 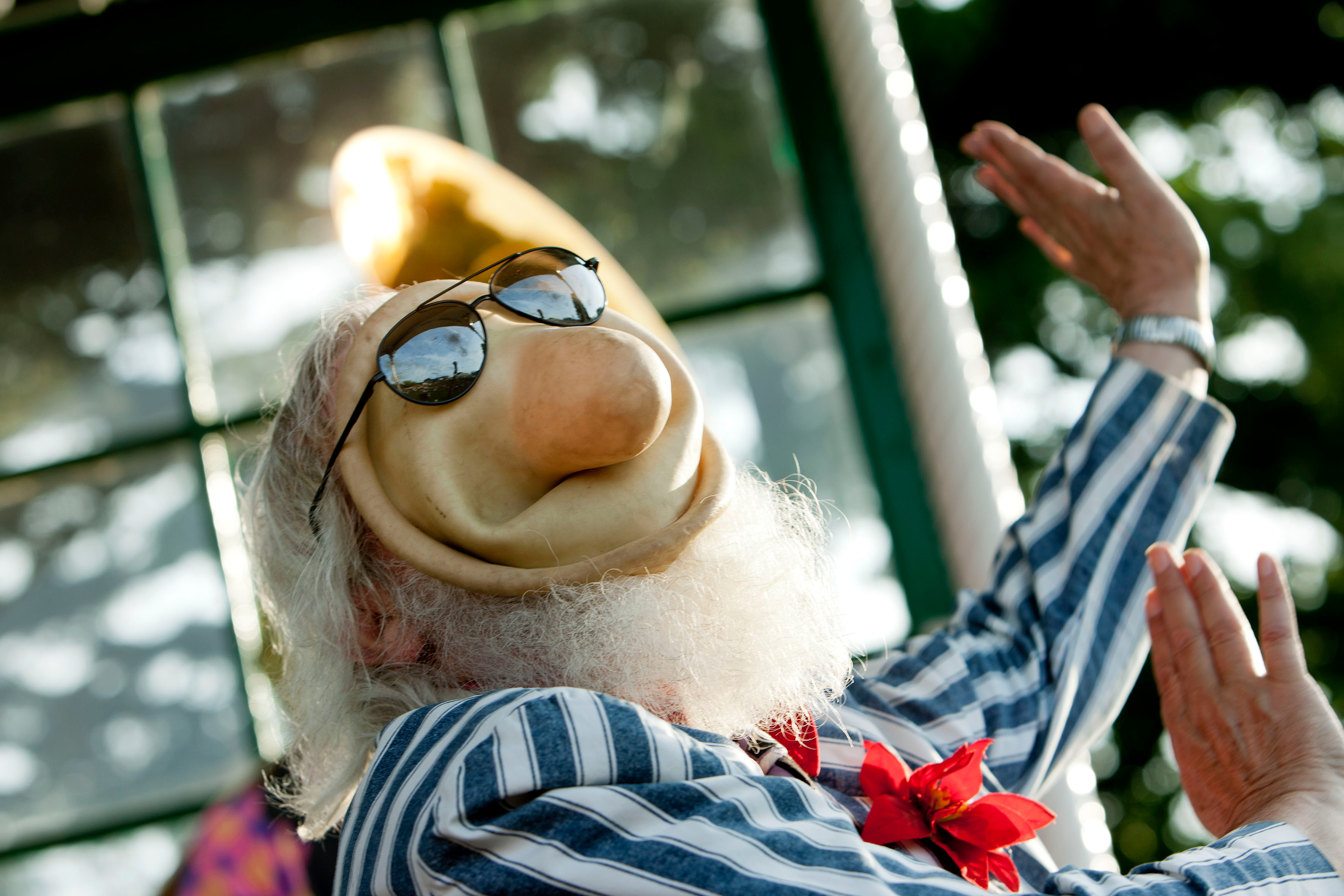 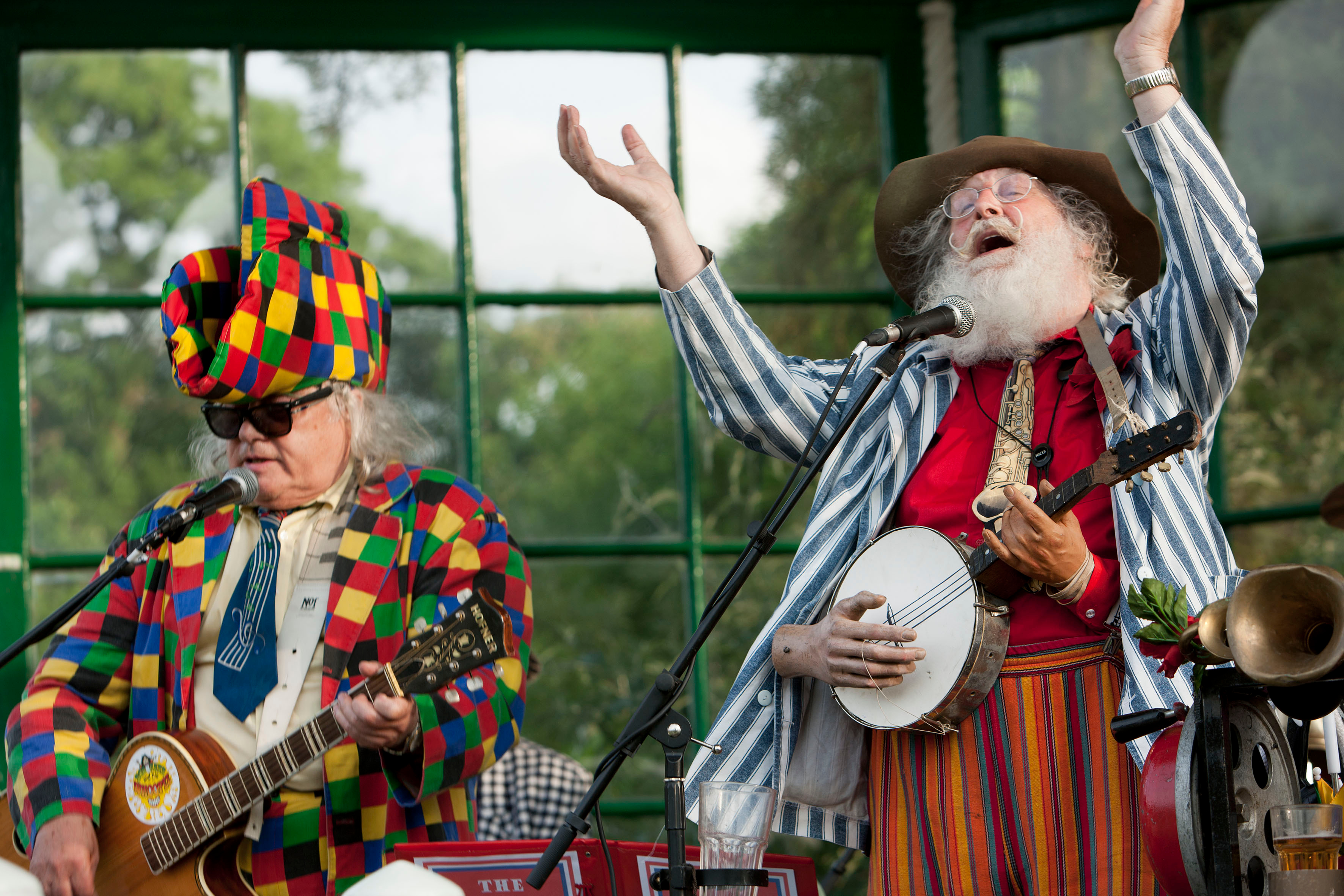 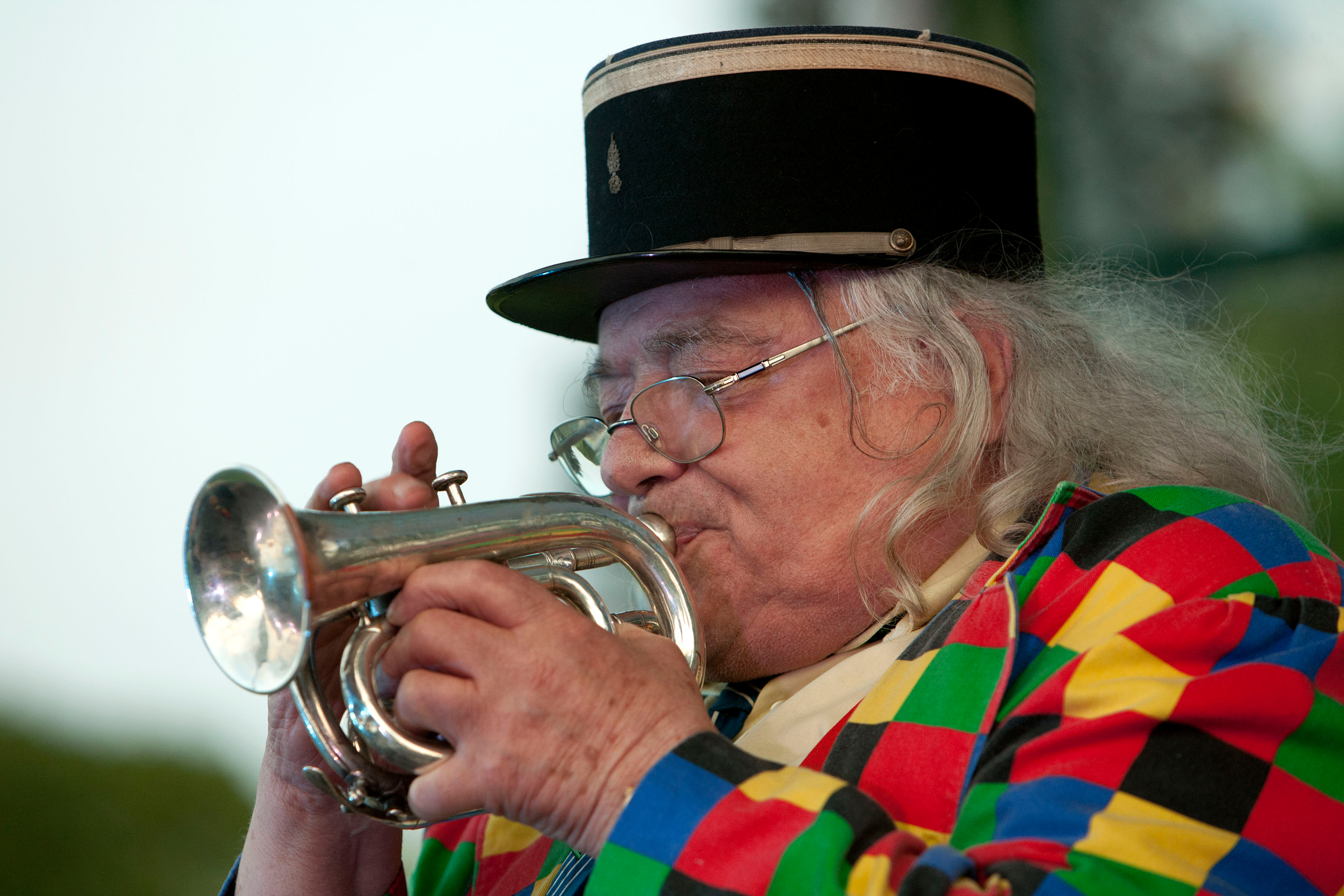 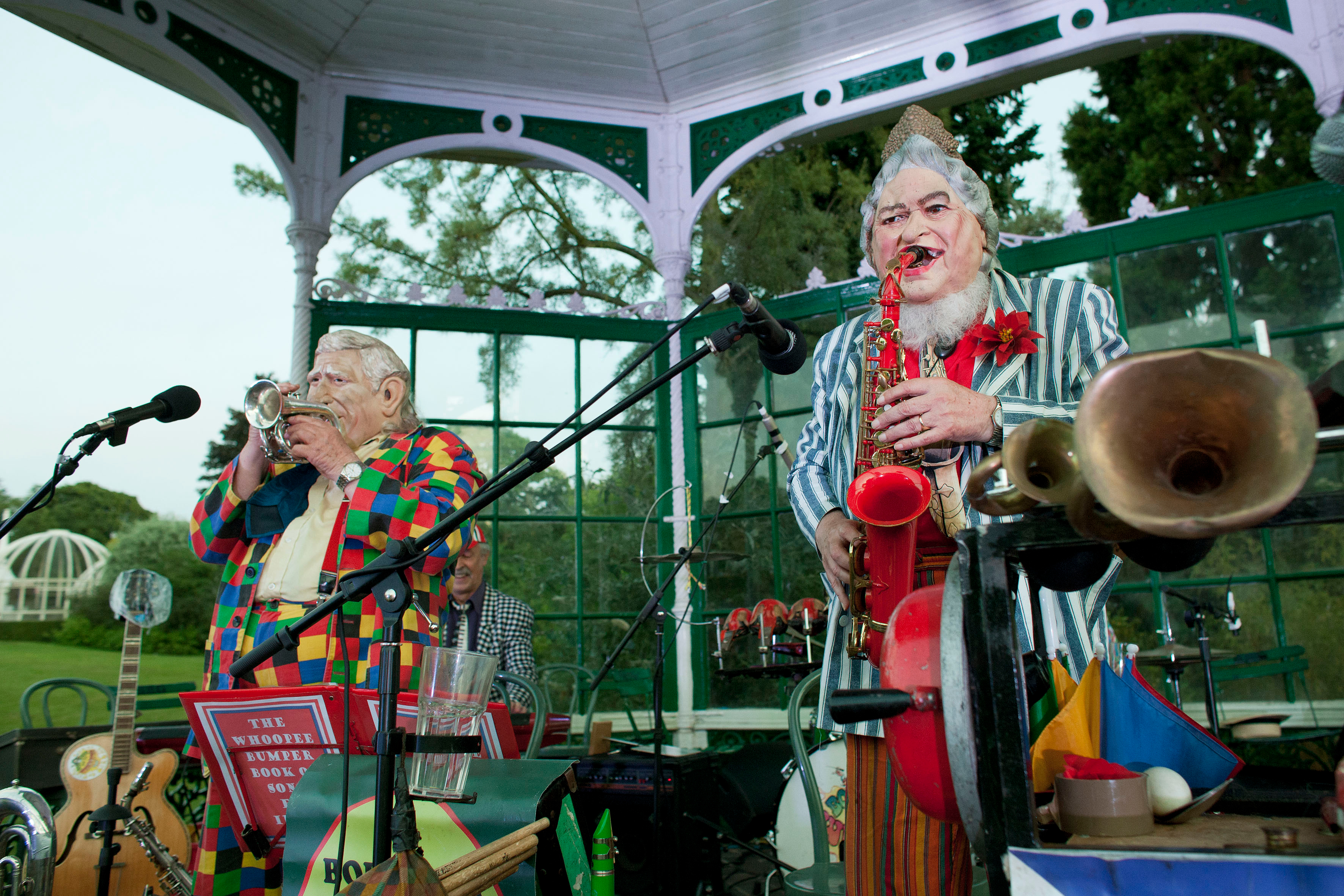 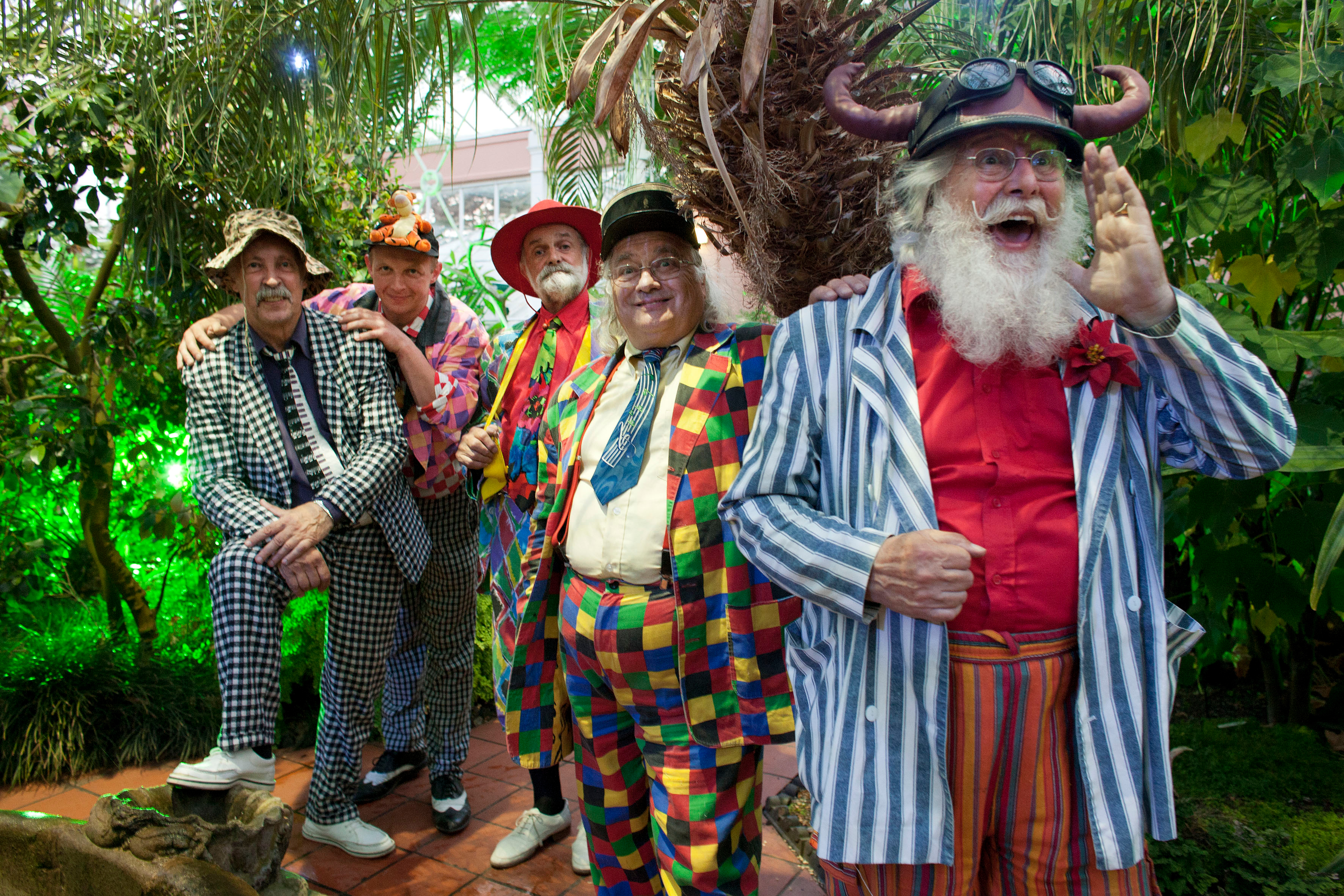 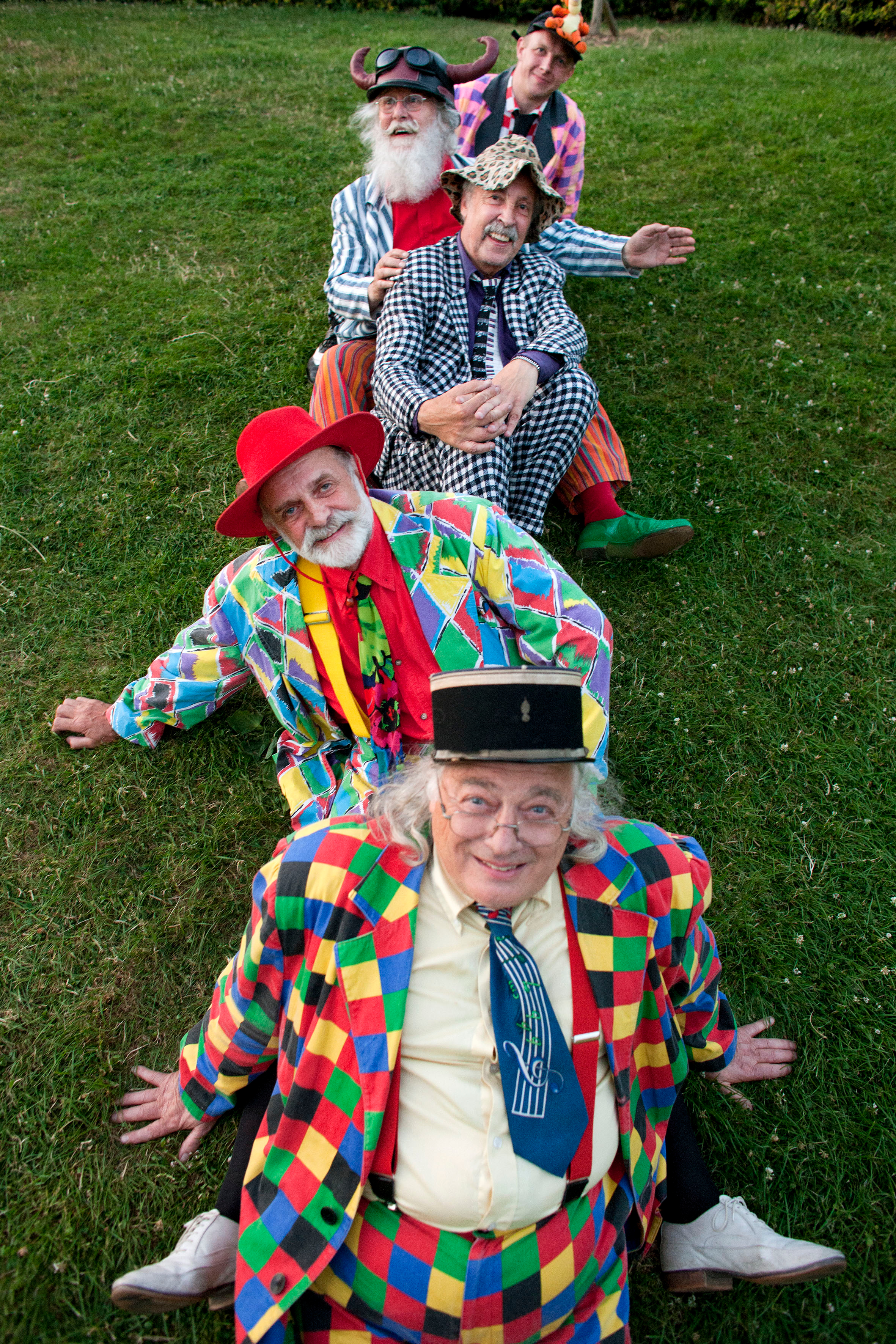 The word unique is so regularly mis-used nowadays that it is worthwhile to pause and ponder its usage here. The dictionary informs “being only one of its kind, unparalleled”. When that word is applied to the ludicrously-talented, impossibly-silly and wonderfully-entertaining Bob Kerr & The Whoopee Band then the usage is completely appropriate. They are the very last of the rumbusters, anarchic and totally hilarious comedy jazz bands that originated in 1940’s USA with Spike Jones & The City Slickers and continued in Europe through Dr. Crook and The Crackpots, Freddy Mirfields Garbage Men and Sid Milward and The Nitwits.

What the bands shared, apart from approach to humor which influenced Monty Python, Bonzo Dog Doo Dah Band and countless others, was their stunning musicianship. For two decades these bands became a significant part of the mainstream entertainment, their popularity massively enhanced by regular TRV exposure to which their performances were ideally suited.

Bob Kerr served his apprenticeship in musical mayhem as a member of Bonzo Dog Doo Dah Band, The New Vaudeville Band and Temperance Seven where he enjoyed significant international success.

Bob Kerr & The Whoopee Band are the standard-bearers for this magical entertainment and are valued as such by Paul Merton, Stephen Fry, Andrew Marr, Phill Jupitus, Ade Edmonson who have all worked with the band, as did Spike Milligan, Peter Cook, Dudley Moore and countless others.